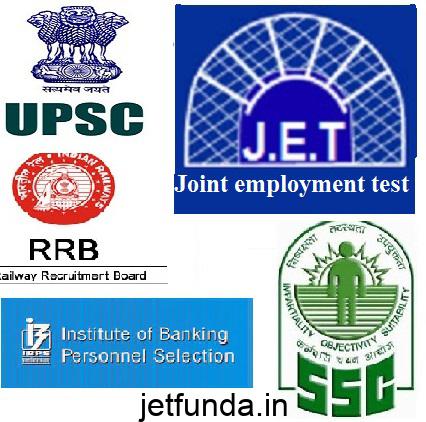 This commission is an attached office of the Department of Personnel and Training (DoPT) which consists of Chairman, two Members and a Secretary-cum-Controller of Examinations. His post is equivalent to the level of Additional Secretary to the Government of India.

5. JET-(Joint Employment Test)
The Joint Employment Test (JET Exam) (Hindi: संयुक्त रोजगार परीक्षा) is a competitive examination in India conducted by the JET Exam Board, an autonomous institute under Ministry of Corporate Affairs, Government of India. By JET Exam candidates can apply for jobs like lekhpal, account officers, and other jobs provided by organisation, Government departments or PSU making part of JET Exam.